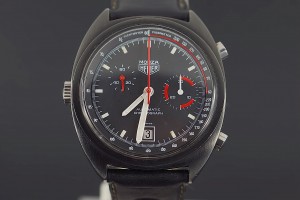 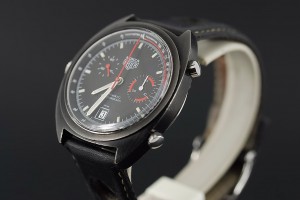 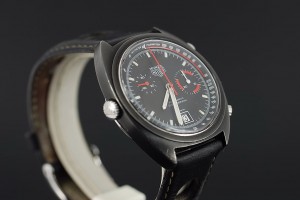 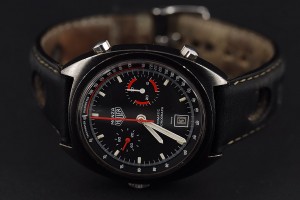 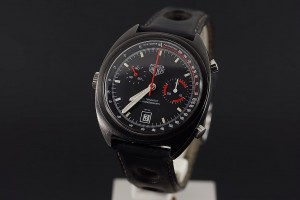 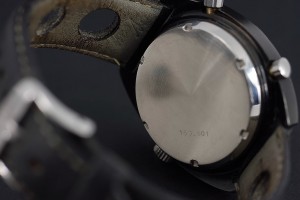 The Heuer Monza was launched to celebrate Ferrari winning the F1 World
Championship in the hands of Niki Lauda when he finished in third
position at the Monza Grand Prix on the 7th Of September 1975,this
after 11 fruitless years since the last title in 1964 / Supplied in
chrome and black PVD as this example,the movements being only the
Calibre 15 that has a small second hand,being a 30 minute chronograph not 12 hours.

In very nice condition previously serviced  in Copenhagen by vintage
watch maker / mechanically perfect with all chrono functions working
as they should.